I’ve been studying in the Basque Country for over two months now, and while I do miss some things about home, I must say that I’m not particularly longing for bangers and mash. (That’s a lie; I do miss it, but the food here is really good.) Here’s why you should visit the Basque Country to expand your culinary horizons. I’m sure you’ve heard of Spanish tapas. Enter their more stylish, Basque cousin, pintxos (pronounced: pin-chos). Displayed on bar counters across the Basque Country, they are a cornerstone of Basque cuisine and nightlife. They usually consist of small pieces of bread, topped with a variety of ingredients, including, but not limited to, jamón with tomato, tuna, cheese, fried egg, mushrooms, eels, anchovies, courgette, tortilla de patatas (Spanish omelette) and pork loin. They are then skewered with a toothpick to keep the ingredients in place. Often, bar regions in Basque towns and cities have “happy hours” called pintxo-pote where you can order a pintxo and a drink for roughly 2 euros. Pintxos can be hot, made to order, and rather elaborate depending on how much you are willing to pay. Some of the best pintxo bars and restaurants can be found in San Sebastián-Donostia, the city with the most Michelin stars per capita in the world; an internationally renowned culinary capital.

A typical springtime Basque tradition is to go to a cider house (sagardotegia) to sample the various types of Basque cider (sagardoa) which, having just spent several months fermenting in huge barrels, is ideal for consumption at this time of year. Typically, several courses of hot food are served for sharing with other cider enthusiasts sat at your table. When I went, we ate revuelto de bacalao (cod potato omelette), bacalao con pimientos (cod with peppers), chuletón de buey (huge grilled beef steak), and a dessert consisting of quince jelly, walnuts and local Idiázabal cheese. However, no matter how much of a food enthusiast one might be, the real star of the show is the unlimited cider poured directly from the barrel. According to Basque tradition, whenever someone shouts “txotx!” everyone has to get up and fill their glass one after another straight from the thin stream that gushes from the barrel, where you should attempt to catch it as low down as possible in order to aerate the cider. Needless to say, it gets a bit messy. Basque cider tastes quite different to what one might expect in the UK – it’s flat and slightly more sour tasting – but is nonetheless delicious, especially in a sagardotegi where there are many freshly made varieties to sample. 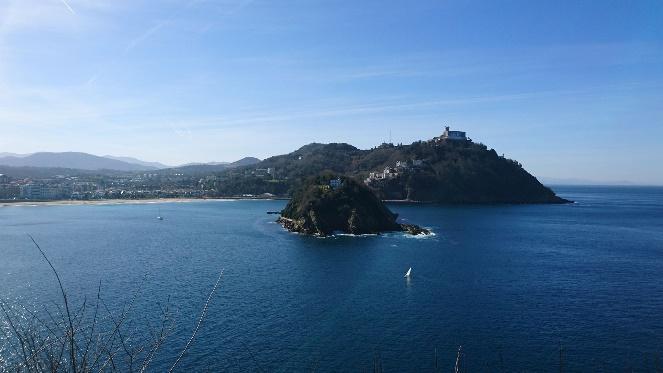