Hello! I am Emma W, the Linguist’s Food and Drink editor for the upcoming year.  My love for food and drink has been lifelong, but my interest in languages largely blossomed because my local secondary school specialised in MFL!  Whilst currently a third-year Spanish and Mandarin with Business Management student, I also spent six years studying Japanese.  A GCSE, A-Level, homestay and school trip later, I no longer study it formally but try to keep it up in my own time (albeit infrequently).

When asked to write about a particularly memorable travel experience for this introductory issue, a couple of holidays and school trips sprang to mind. Ultimately, however, I was hard-pressed to find another experience where I appreciated every aspect quite as much as with the Japan trip I mentioned above.  I especially loved the contrasting elements of the culture – the tranquillity of Kyoto’s Arashiyama Bamboo Grove compared with the buzz of lights and people at Tokyo’s Shibuya Crossing just under three hours away by bullet train. 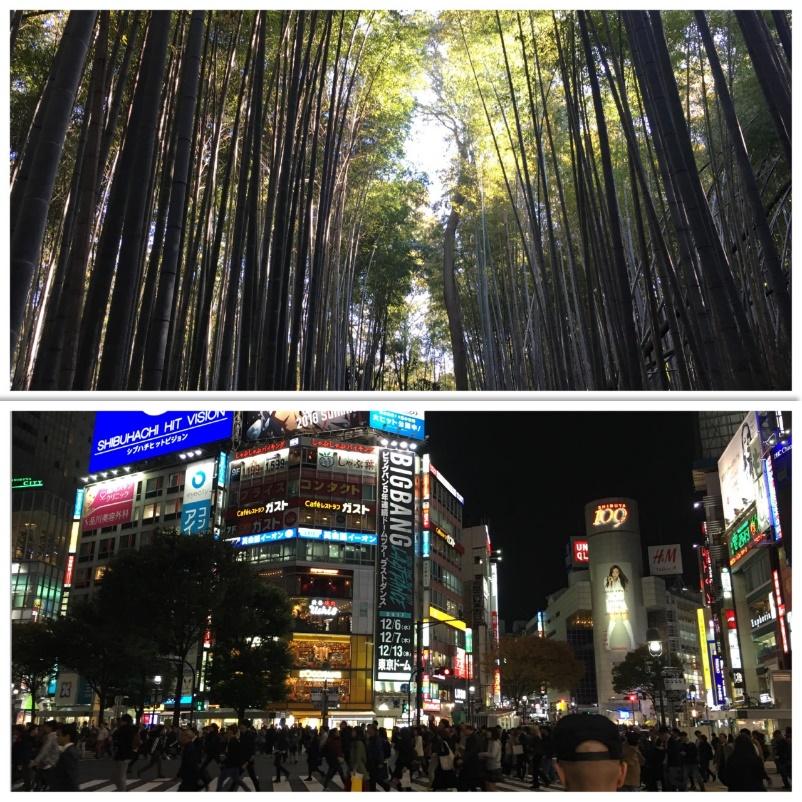 Perhaps surprisingly, the true highlight of my trip was neither Kyoto nor Tokyo, but instead the less frequently visited Kagoshima.  Situated on Kyushu, the most southerly of Japan’s four main islands, Kagoshima is famous for the Sakurajima volcano peninsula.  Despite it erupting almost daily for over 60 years, thousands of people live at the foot, taking advantage of the fertile volcanic soil. 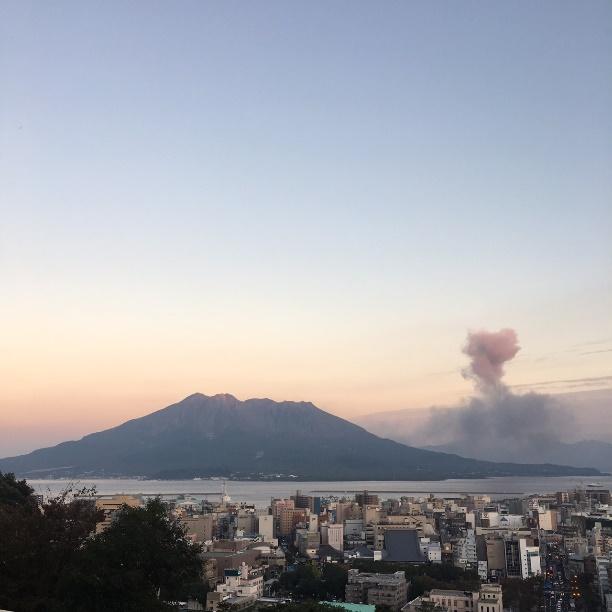 An early evening view of Sakurajima from the mainland.

As the Food and Drink editor, I feel obliged to write at least a couple of lines about what I ate whilst there, although truthfully it was difficult not to write a whole article on the food alone.  Within Japan, Kagoshima is known for its ‘Shirokuma’ dessert – mochi and fruit served on top of crushed ice and condensed milk.  It not only translates to English as ‘polar bear’ but is served to look like one too.  As a massive Wagamama enthusiast it pains me to say that the pork broth ramen I tried whilst there was head and shoulders above any I have had elsewhere.  So good in fact, that even after two years of being vegetarian, it is one of only two things (the other being KFC popcorn chicken) that would make me consider eating meat again.

Kagoshima’s semi-tropical climate means mild autumn weather, allowing for a public dance festival, Ohara Matsuri, to take place annually on 2nd and 3rd November.  Not exactly renowned for my dancing ability, I was reluctant when my teacher first mentioned that we would be in Kagoshima during the event – the second day of which happened to fall on my 18th birthday.  However, after seeing the central streets fill with thousands of people, in kimono of various styles and shades, I was eager to take part the following day.  We danced in formation with students from the local high school we had visited on the 2nd (which again, I would love to dedicate whole paragraphs to if this article had no word limit!).  During a water break, we were approached by a journalist, who, after briefly checking that we spoke Japanese, guided a microphone towards me so that I could explain my thoughts on the festival.  Whilst the pressure of being interviewed on live TV may have caused me to forget how to string a sentence together in a language I had spent the previous six years studying, I certainly will not forget my 18th birthday spent in Kagoshima! 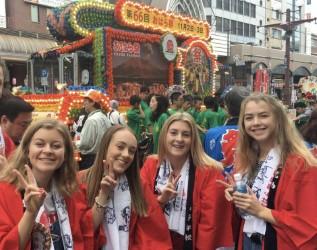